South West China, the exotic region of China, is famous for its mountainous landscapes and is home to many minority ethnic groups. After a few days in Chengdu, the capital of the Sichuan province, it was time to move on further south. Not only due to the outbreak of the coronavirus in this region but mainly as I only had around 30 days of visa left in China.

So it came that together with Karl, I left Chengdu on the 9. January 2020 to explore some more of south west china. We both were still not feeling 100% fit as we both have been sick in Chengdu for several days. In addition, we had to get back to the cycling rhythm again as we haven’t been on the bike for 10 days (or even more for Karl).

Together we sorted out the most direct route towards Kunming, the capital of the Yunnan province. This in order to not lose any time on the way to Vietnam. But this also meant that we had several high mountain passes to overcome, something Yunnan and south west China is well known for.

The first two days were like a grace period, as we only had around 400m of climbing a day. Something we and our bodies were definitely not unhappy to have to get back into touring mode. We cycled with mighty Emei-Shan on the right of us, one of the four sacred Buddhist mountains and the only one in south west China.

After we left the smog of Chengdu behind, the sun came out and big city life turned into a green, rural and woody landscape. 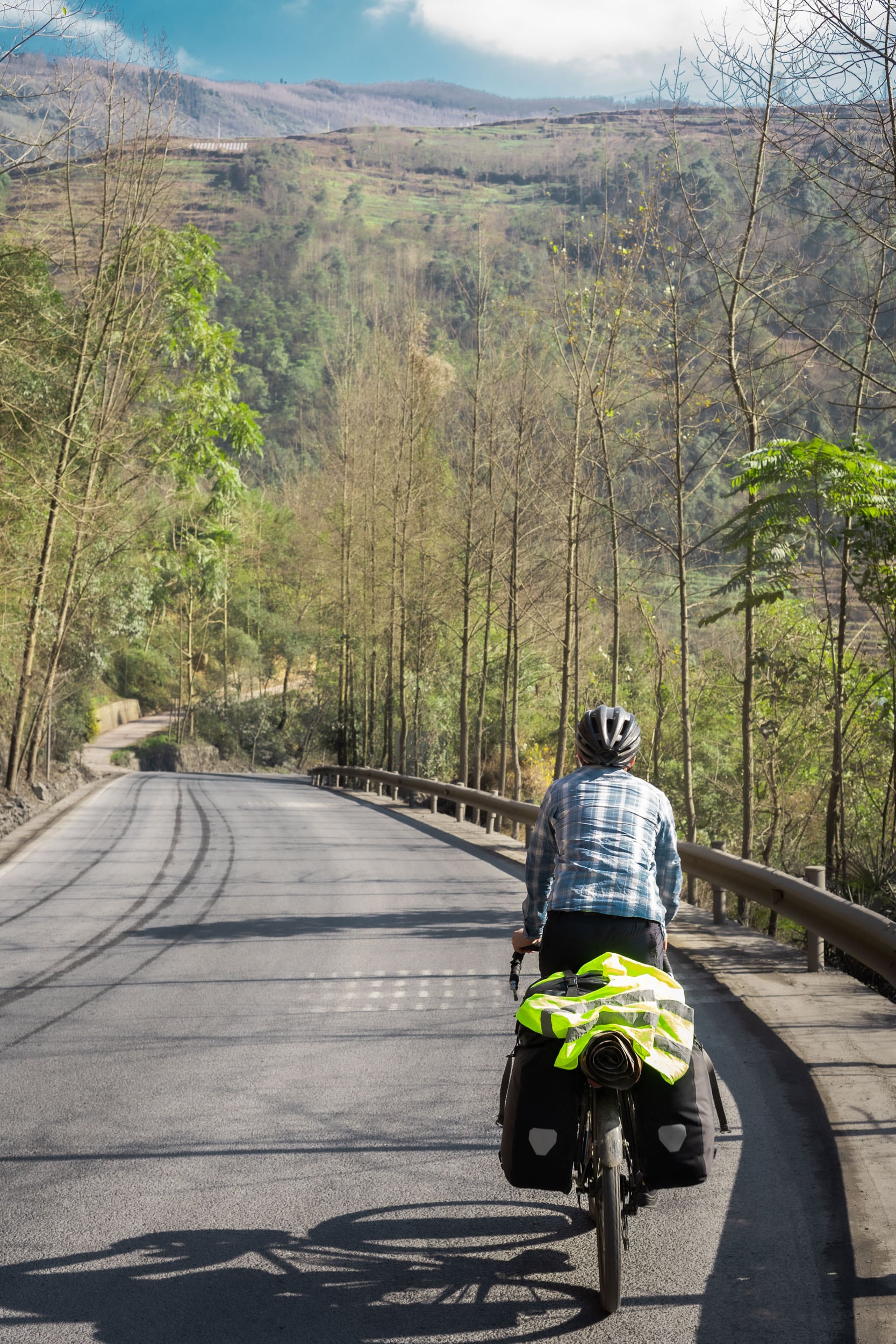 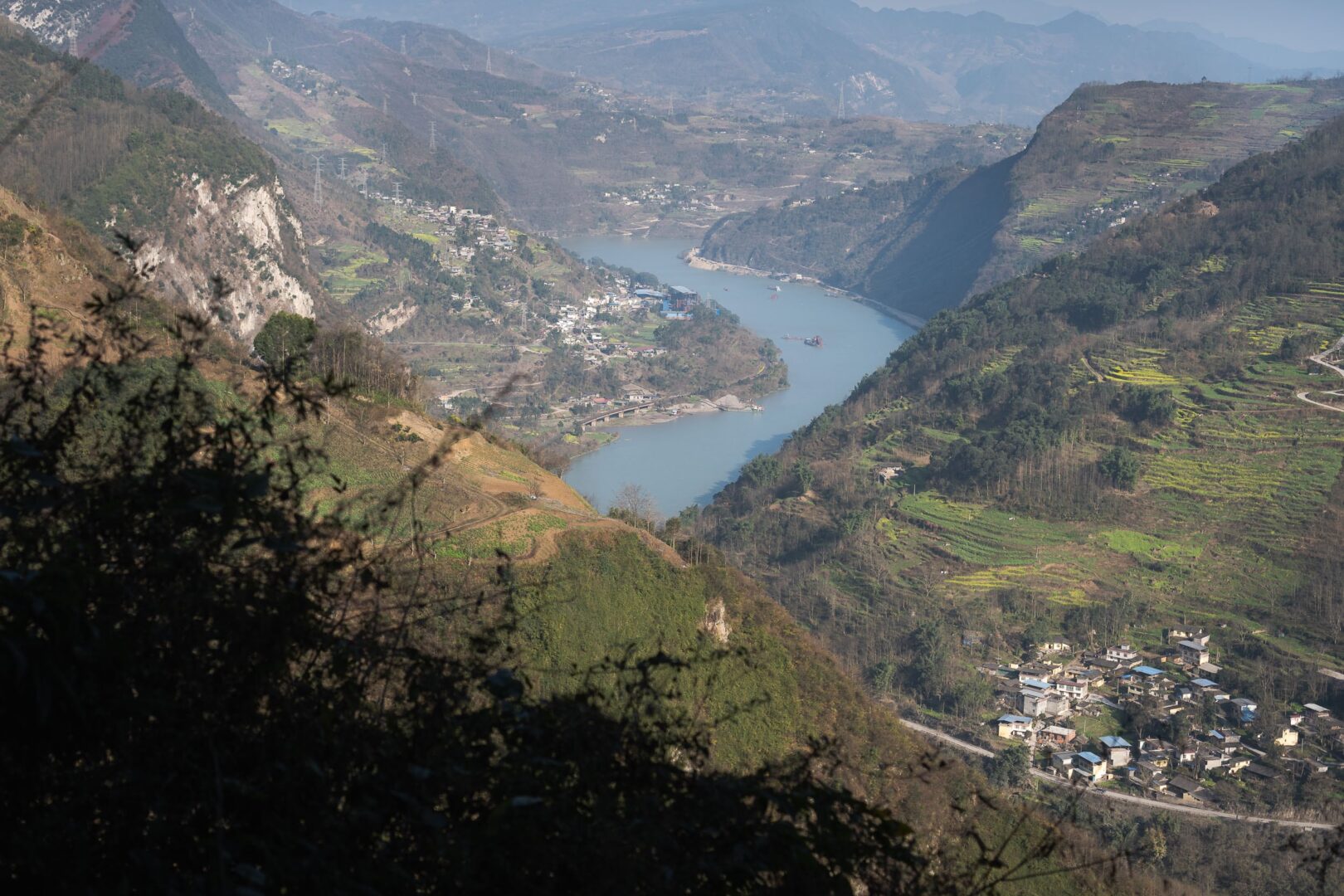 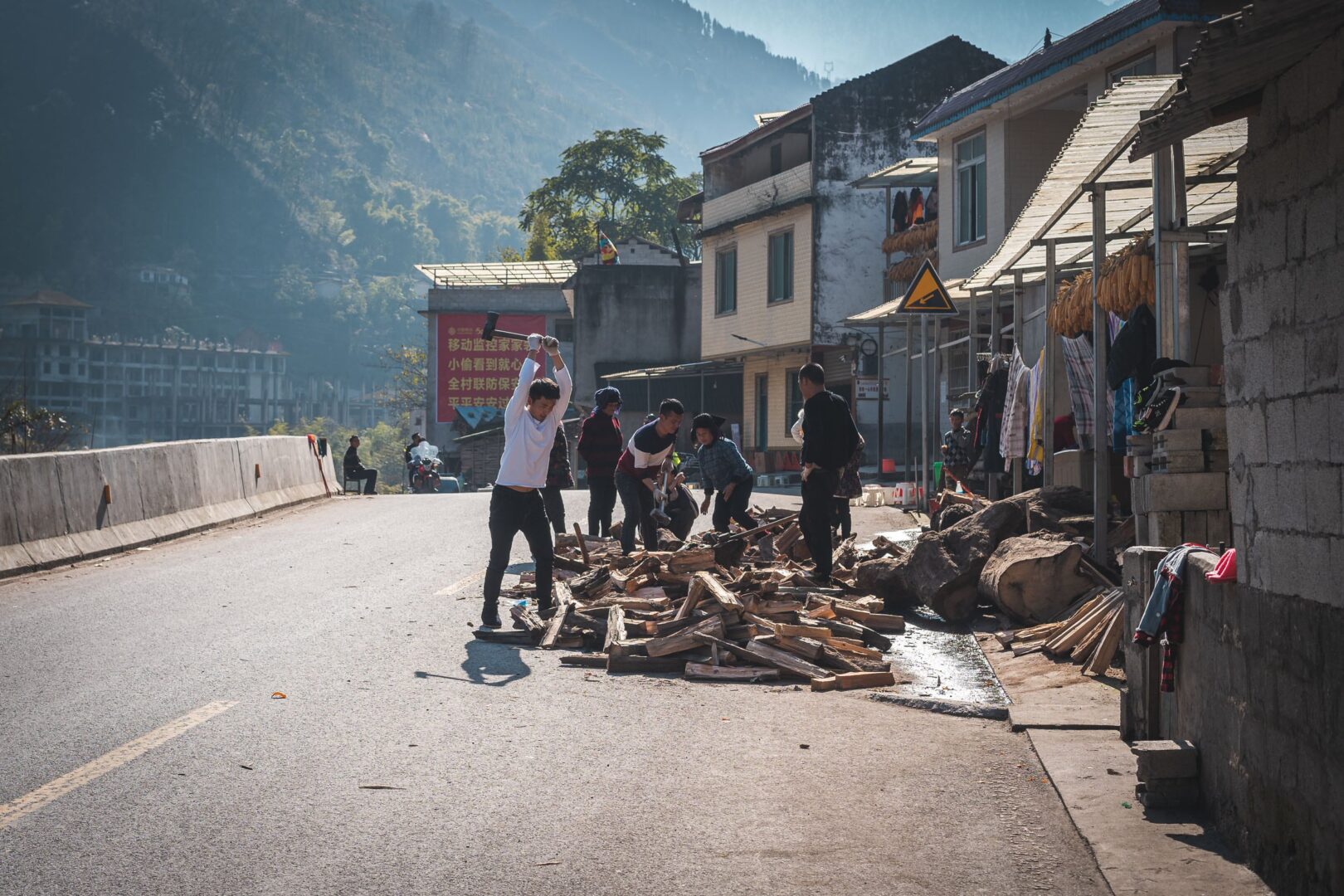 The mountains of south west China

Two days had to be enough time to get used to the bikes again. Now the time had come for some big climbs through the mountains of south west China. During the consecutive 7 days we climbed an average of about 1300m a day, cycled through some tiny and mountain villages, and even came across some snow on top of the mountain passes.

These first days of climbing were brutal and demanded everything from us and our lungs. Nevertheless, the roads and landscapes were quite versatile. From muddy roads and foggy weather to sunny skies and paved roads while descending on the other side of the mountain pass. It was an up and down, a rollercoaster through the southern part of the Sichuan and the northern part of the Yunnan province. Cycling here felt like catching up on all the twisty roads I didn’t have back in the Taklamakan desert. 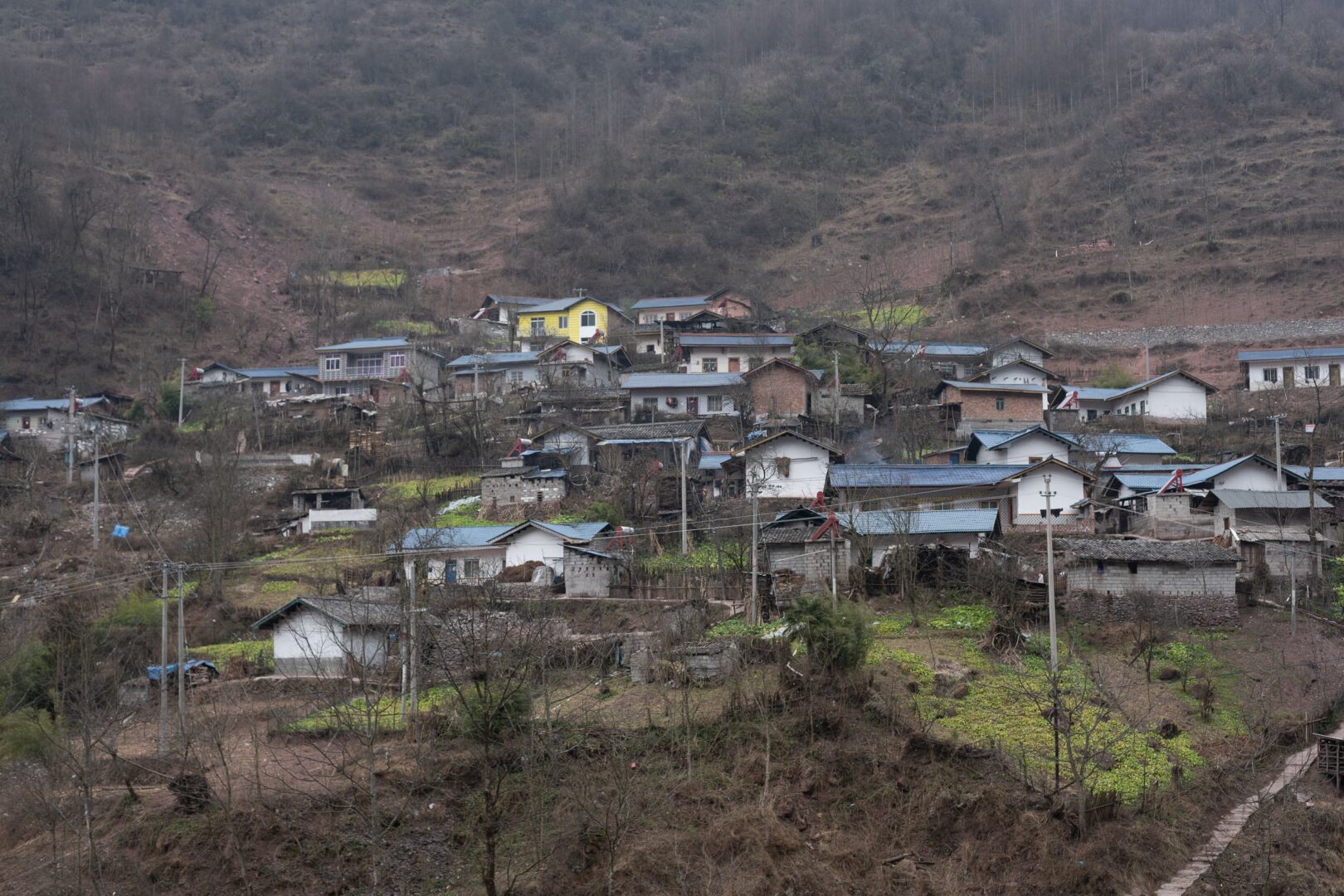 Not only the landscapes, weather and roads nearly changed from day to day, but also the people and cultures. Yunnan not only has the most geographic differences in China, but it’s also the province with the highest ethnic diversity.

In some areas, people had darker skin tones again and looked a bit like Kazakh or Tajik people. In some villages, all residents wore blue jackets and robes, while in others they spoke a completely different language. It was an exciting and beautiful cultural experience cycling here in south west China.

In some of the villages, it seemed as if they hadn’t seen a bicycle traveler yet. Also, people were quite happy and excited again seeing us on our heavy-loaded bikes.

Also food and cuisine, my favorite part of cultural expression, didn’t came in short. Every region had different kinds of snacks and street food to offer. The main food, however, and which was included in nearly every meal, was rice. In western China and up to Chengdu, a lot of noodle dishes were to be found. But in Yunnan and south west China, due to the more humid climate, it was now time for rice.

One of the dishes we liked and ate the most, and which was not only to be found in Sichuan but also everywhere in Yunnan, was Mapo tofu. So most of the time, for lunch, we shared a big bucket of rice so as huge bowl of Mapo tofu with its lovely, oily, Sichuan-peppery and spicy sauce. 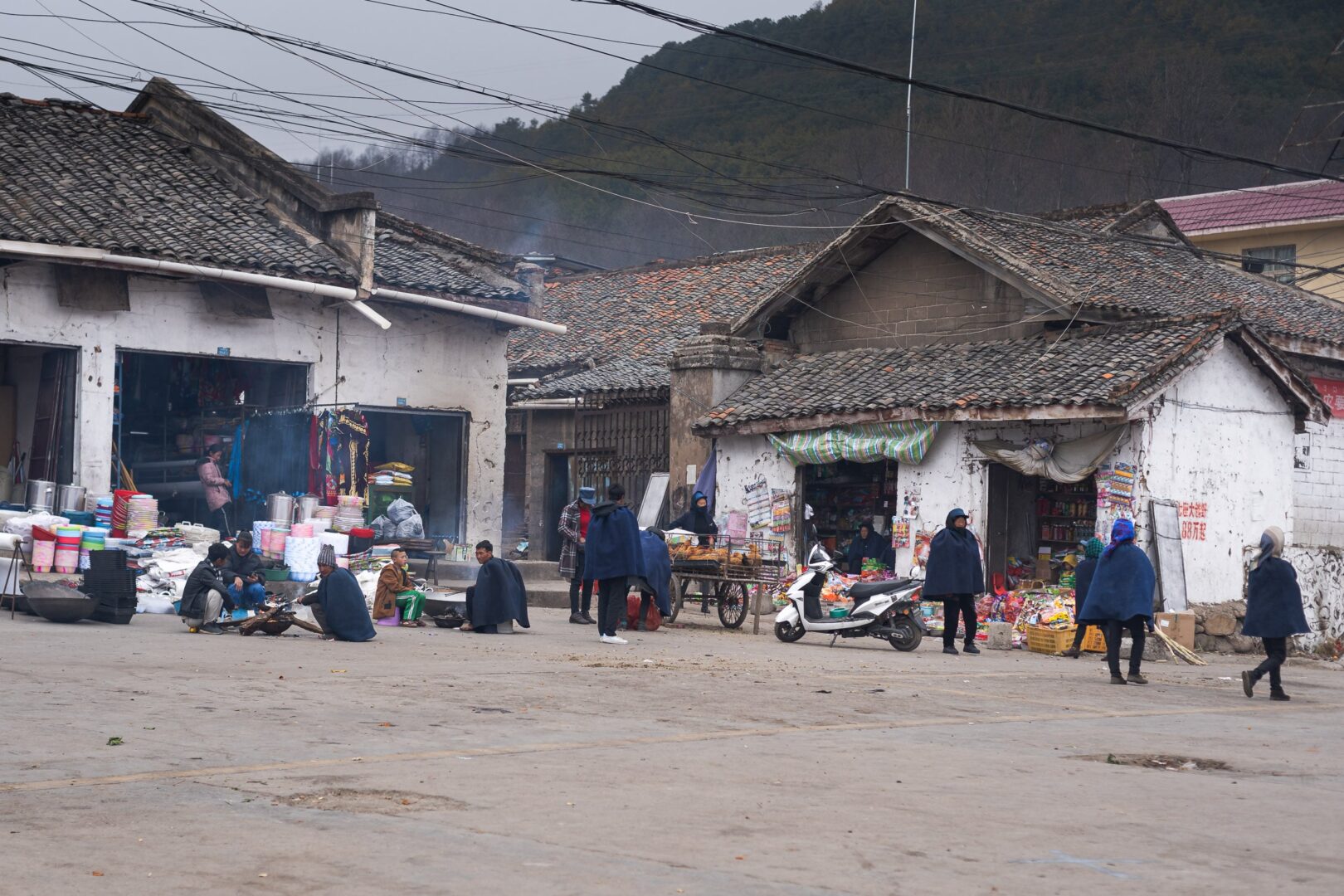 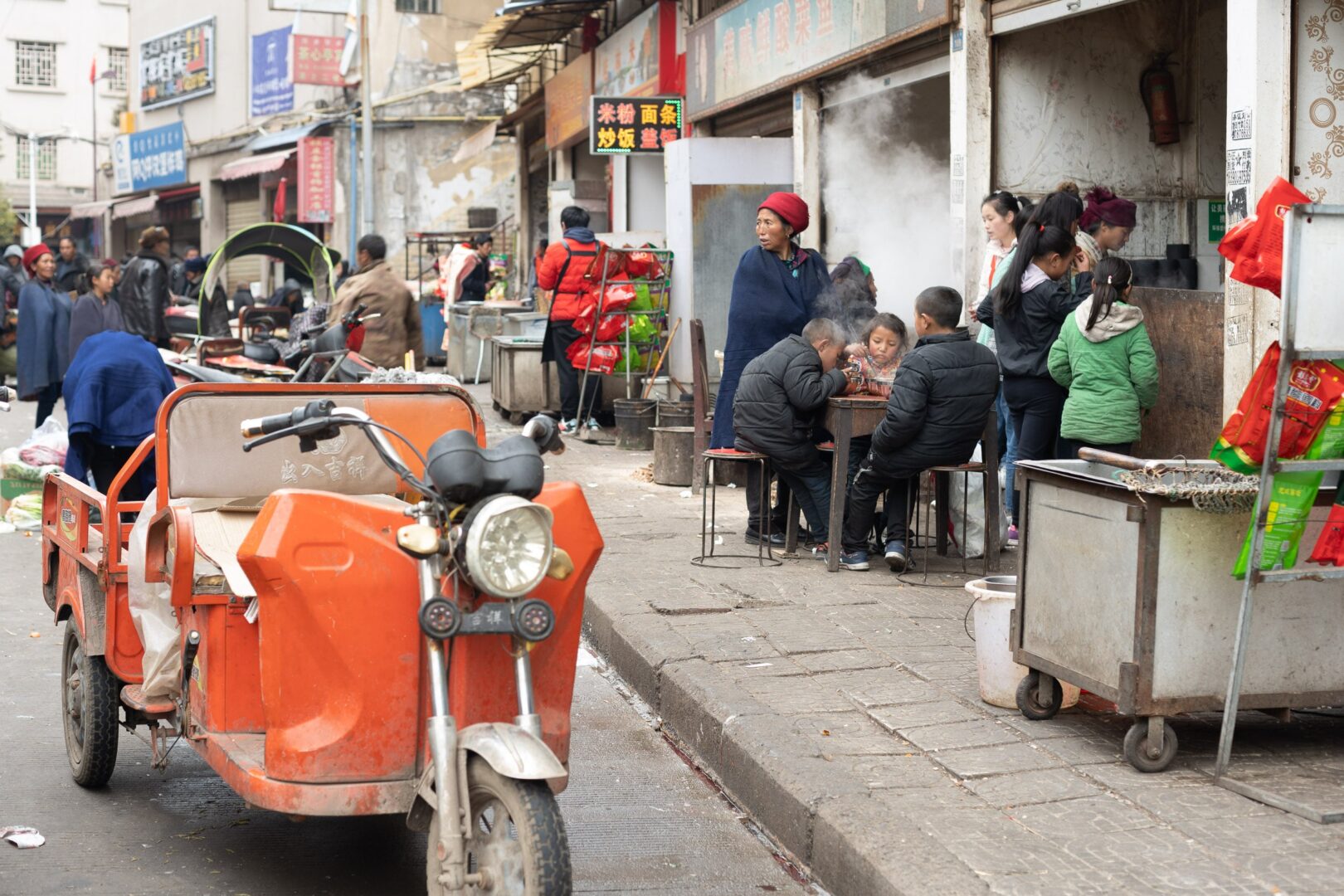 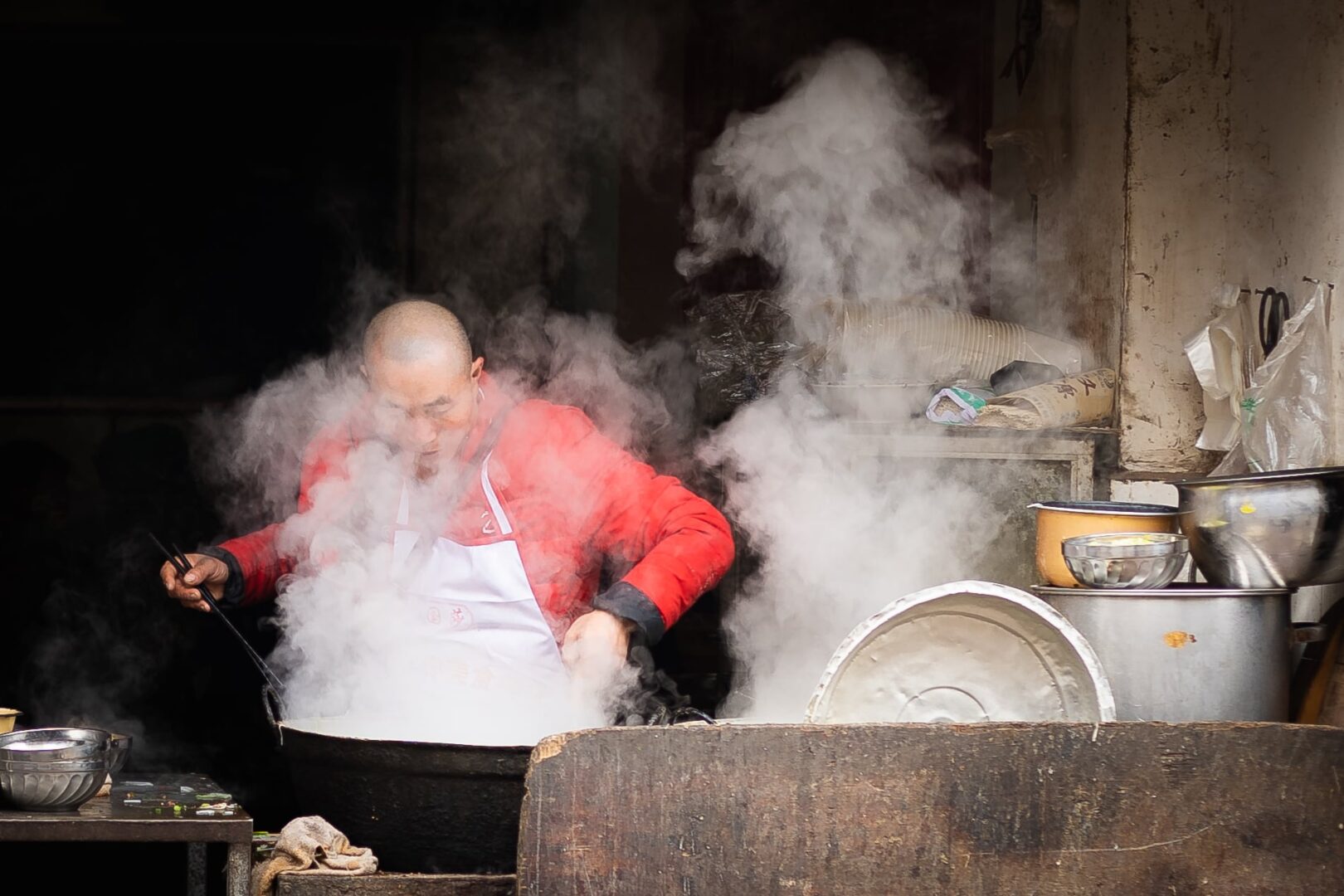 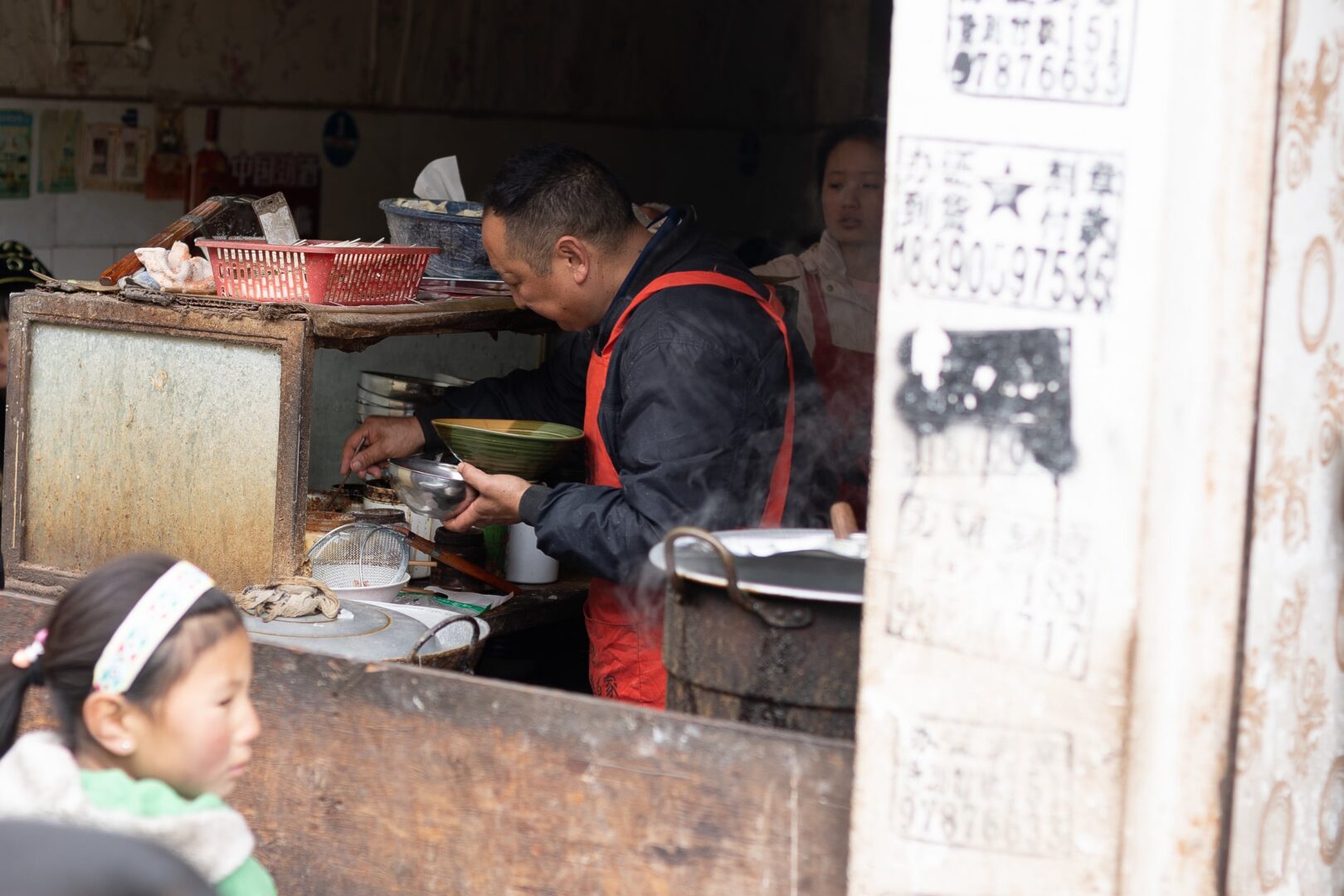 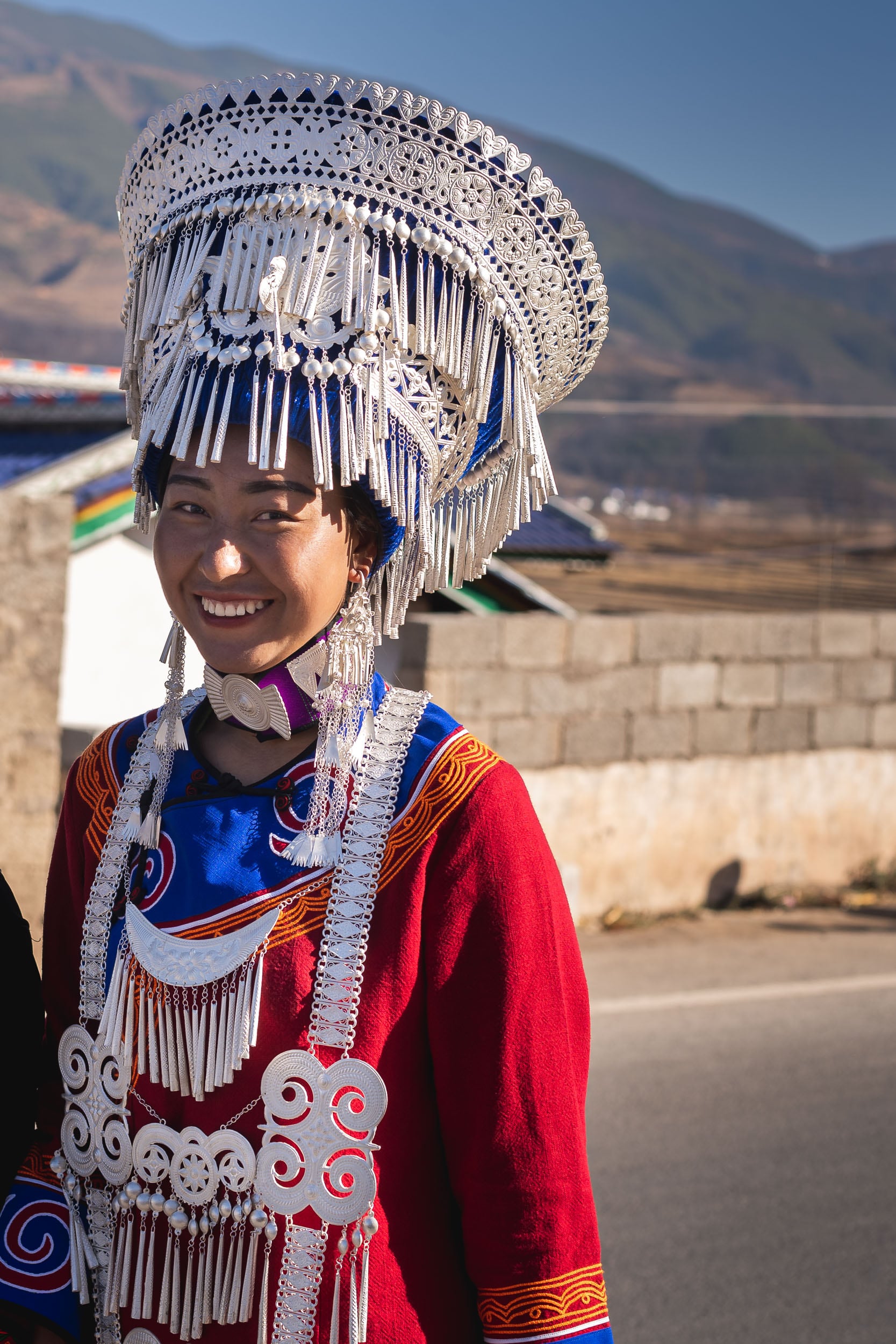 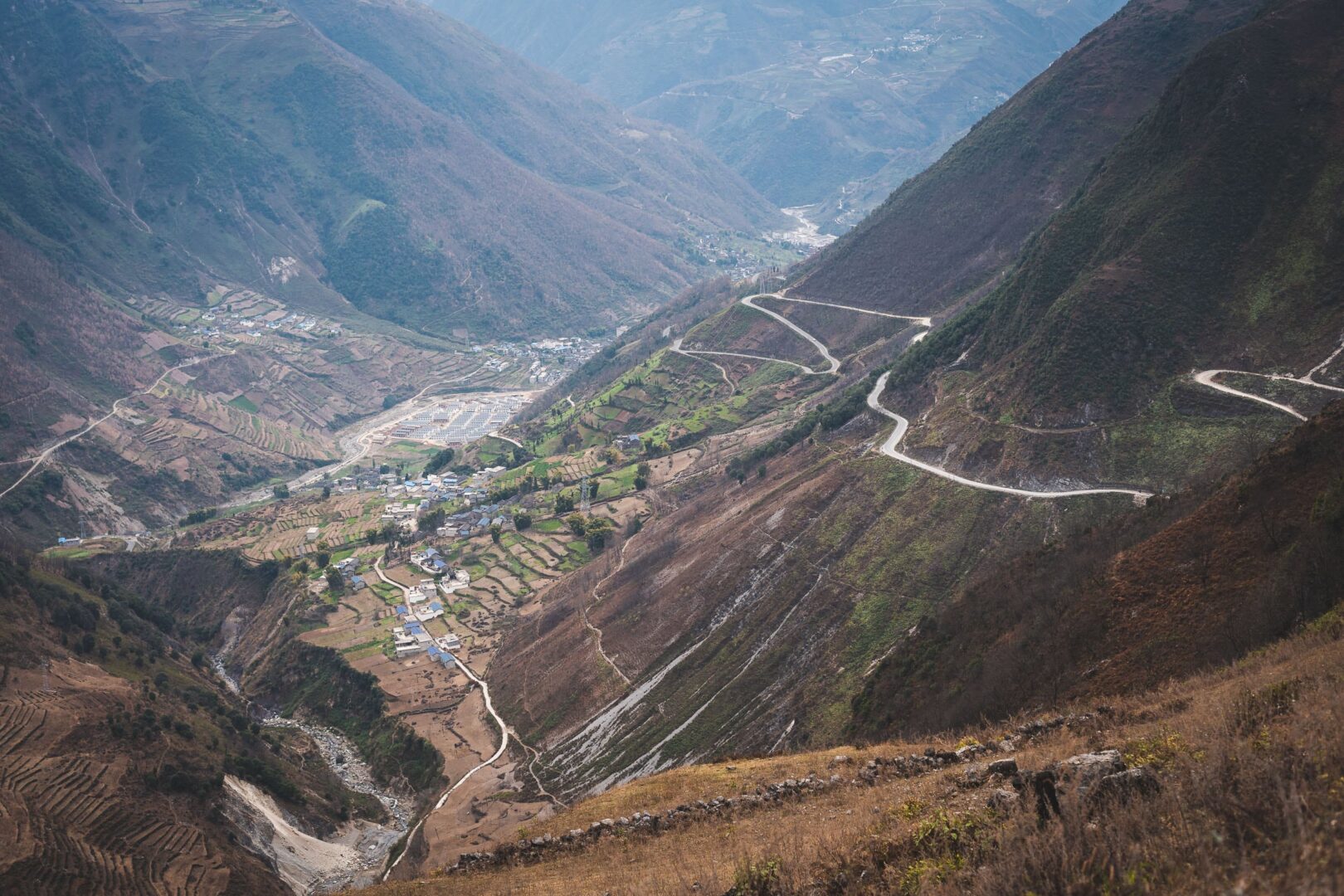 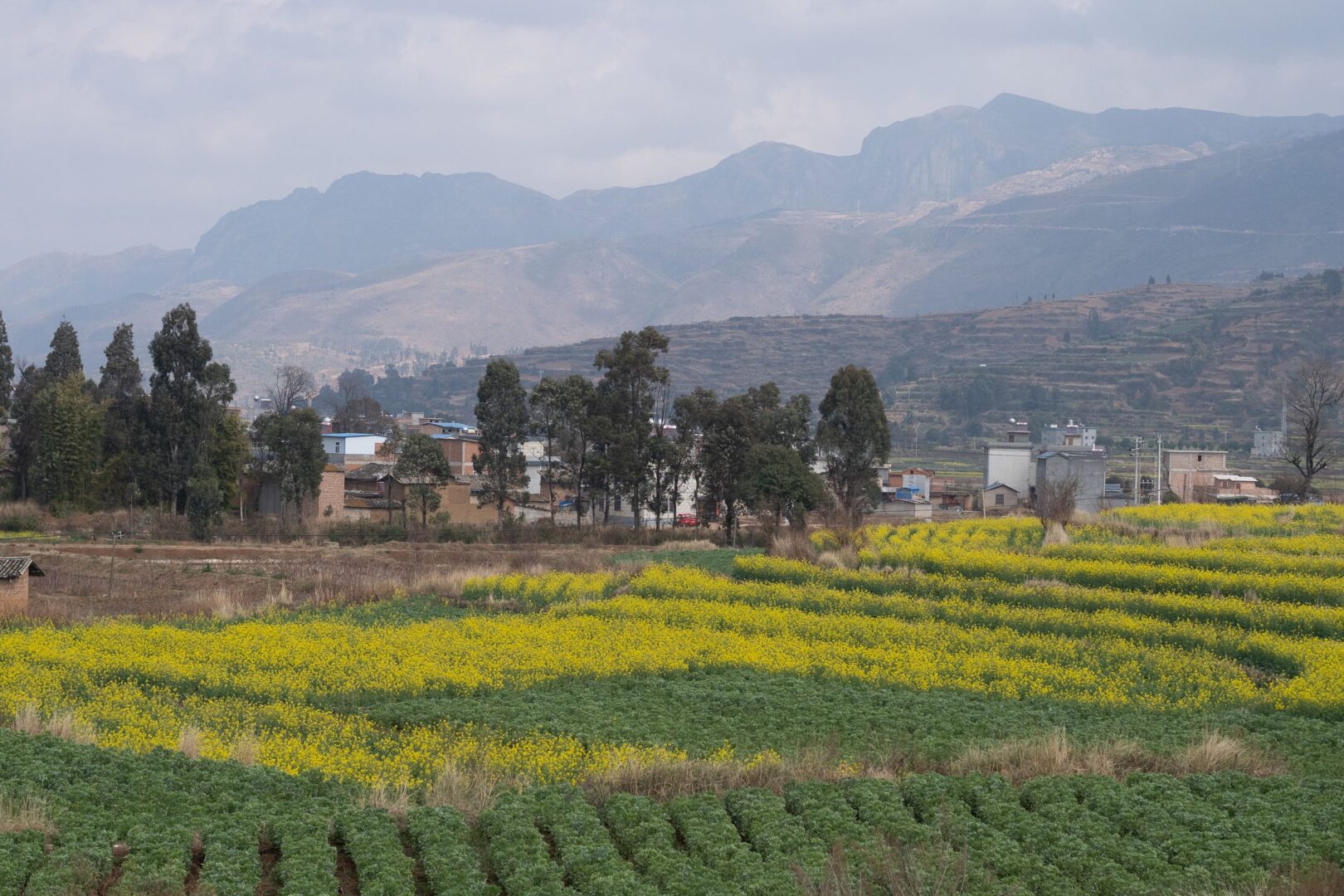 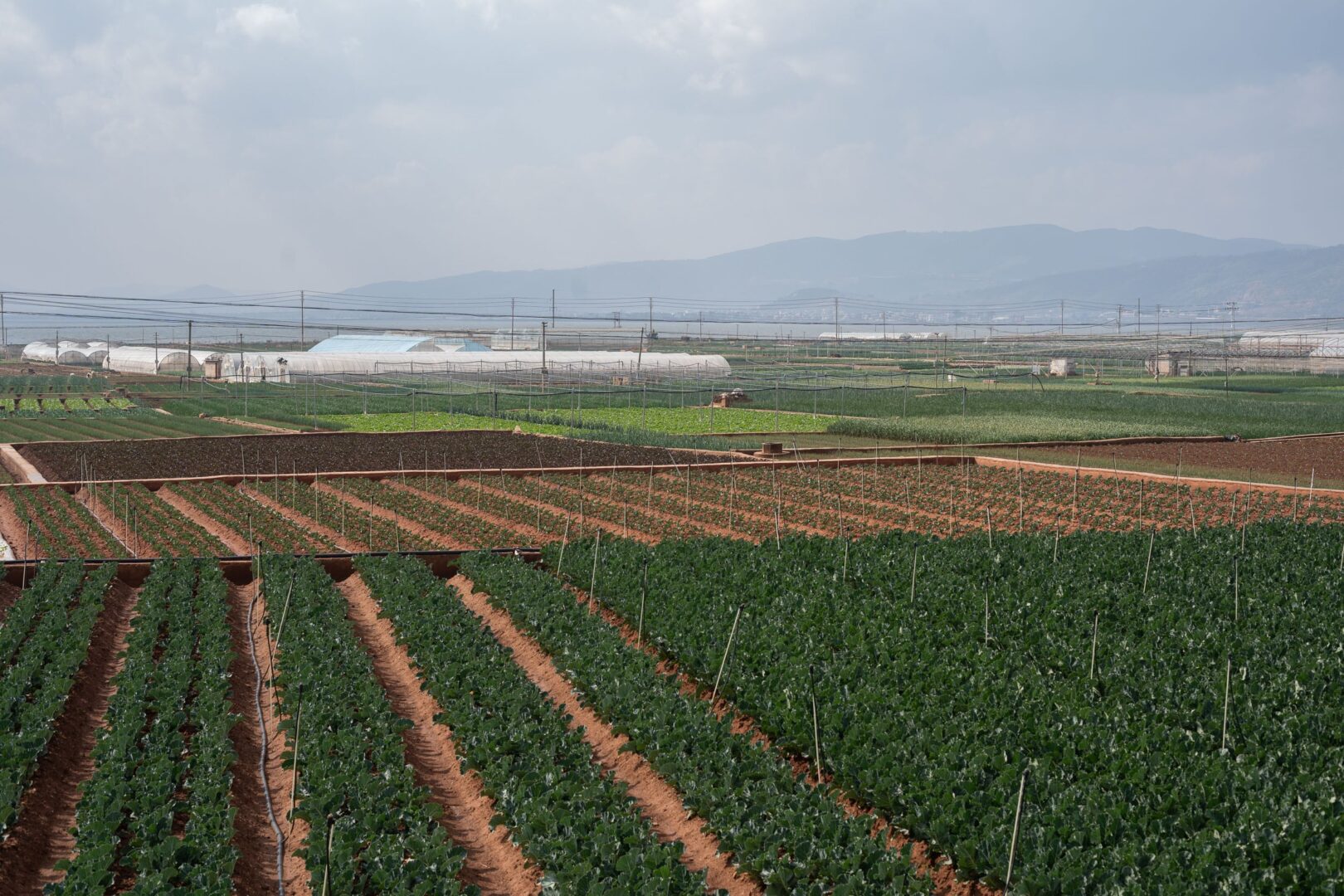 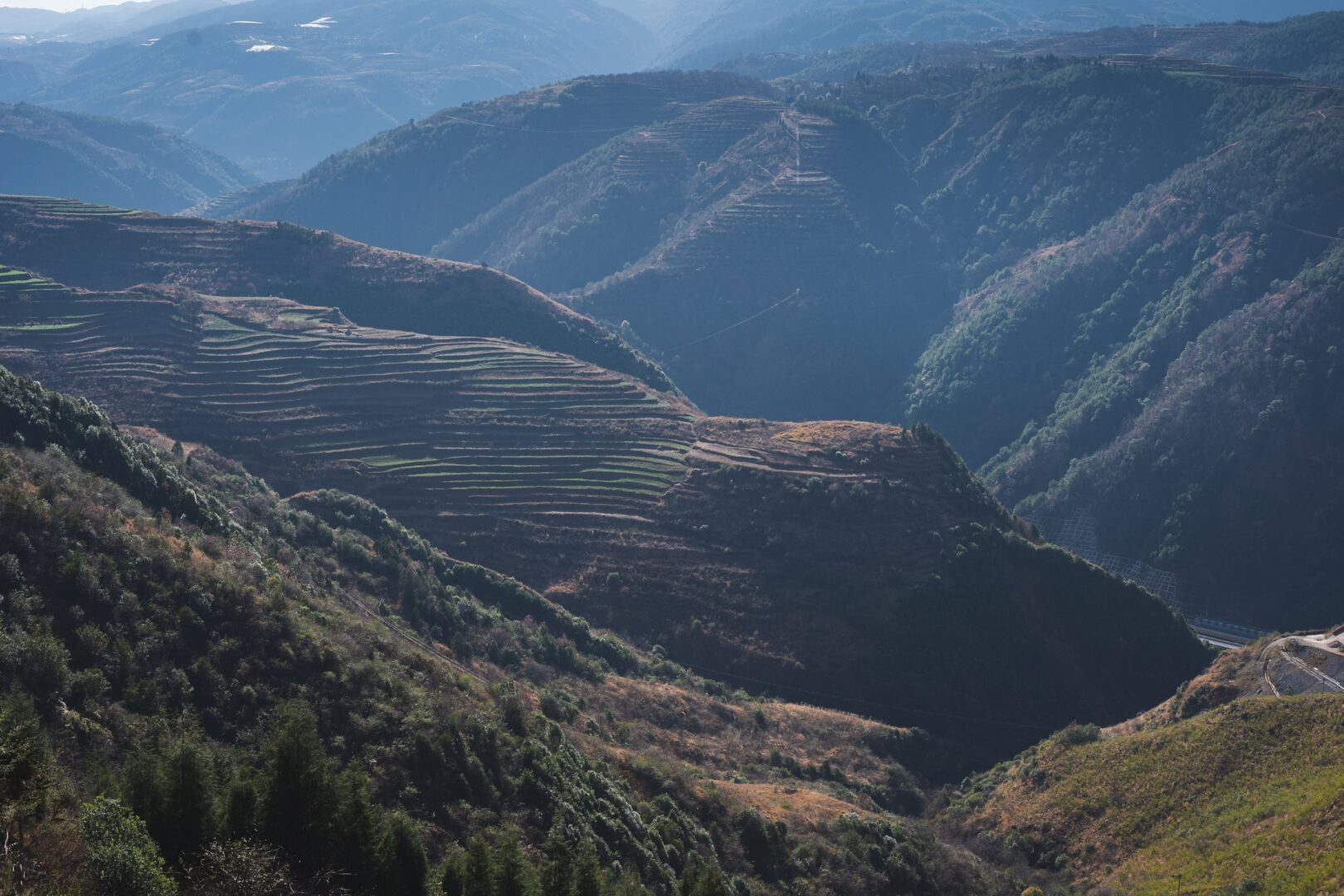 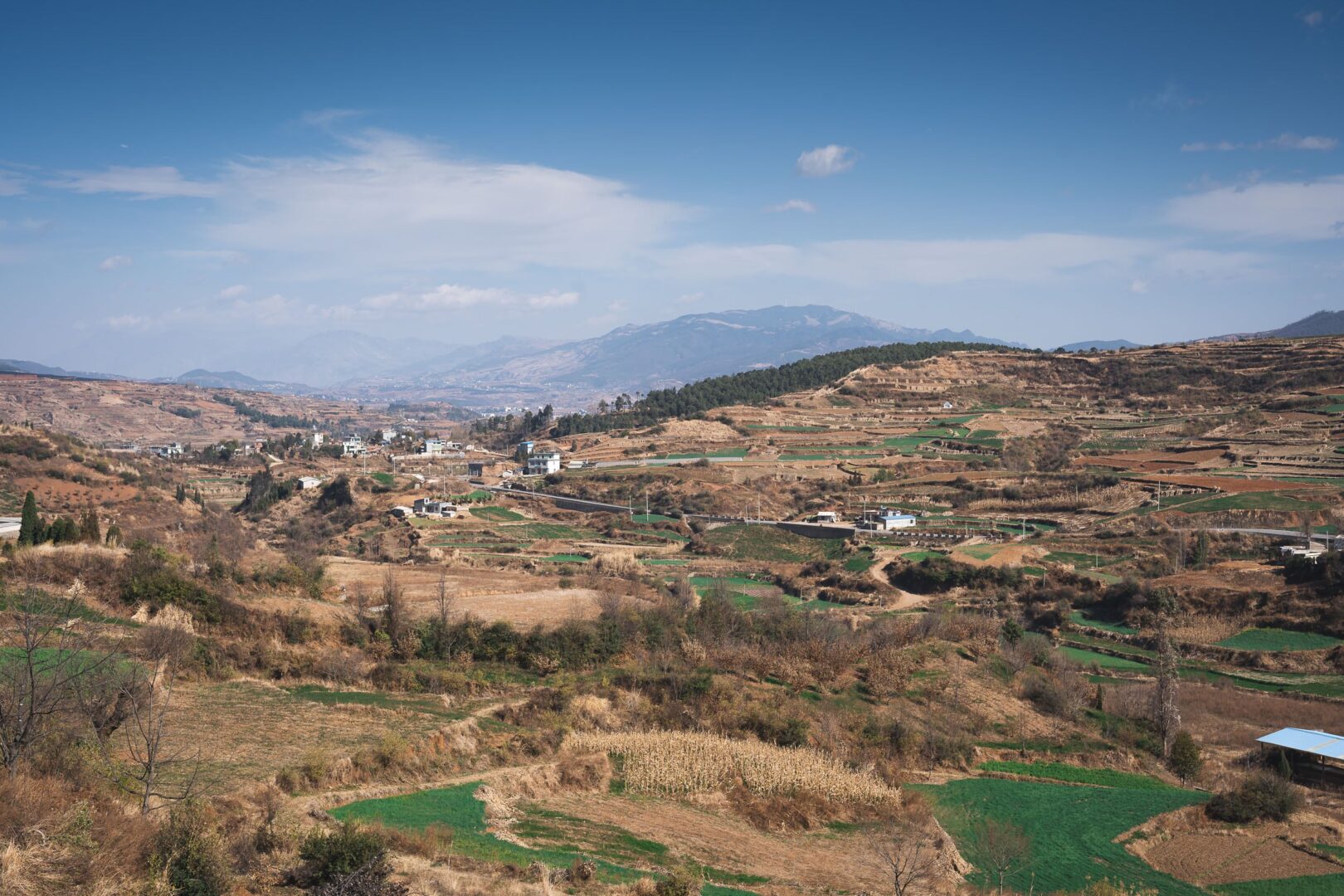 We have been out of a major city for about 13 days now since leaving Chengdu. Cycling through the suburban area and entering Kunming, the capital of the Yunnan Province, was quite a change again. Compared to the wild mountains we went through during the last days. When we entered the capital on a long and straight main road, it was already dark outside. From far away we could already see the blinking bright skyscrapers and malls completely covered with unmissable advertising.

It was a tiring 13 days so far through south west China with an average of 1000+ meters of climbing each day. In this regard, we both were more than happy for a few days of rest. Kunming has a mild climate all year round, which is why the capital of Yunnan is also known as “City of Eternal Spring”.

As we’ve been in the countryside and the mountains, we didn’t notice much about the new coronavirus. When we entered the hostel, however, we realized the extent of the virus. In the meantime, as we’ve been busy cycling, all major cities in south west China so as eastern and northern China went into lockdown.

Kunming, a huge city with 6.6 million inhabitants, was deserted. In addition, it was Chinese new year at that time. Most of the people went out to the countryside and their families home for the celebration.

Because of that, most of the shops and restaurants were closed. However, this did not bother us much. On the contrary, we were even happy to experience such a calm town. We visited a few parks and Buddhist temples and enjoyed some days off in the Hostel. 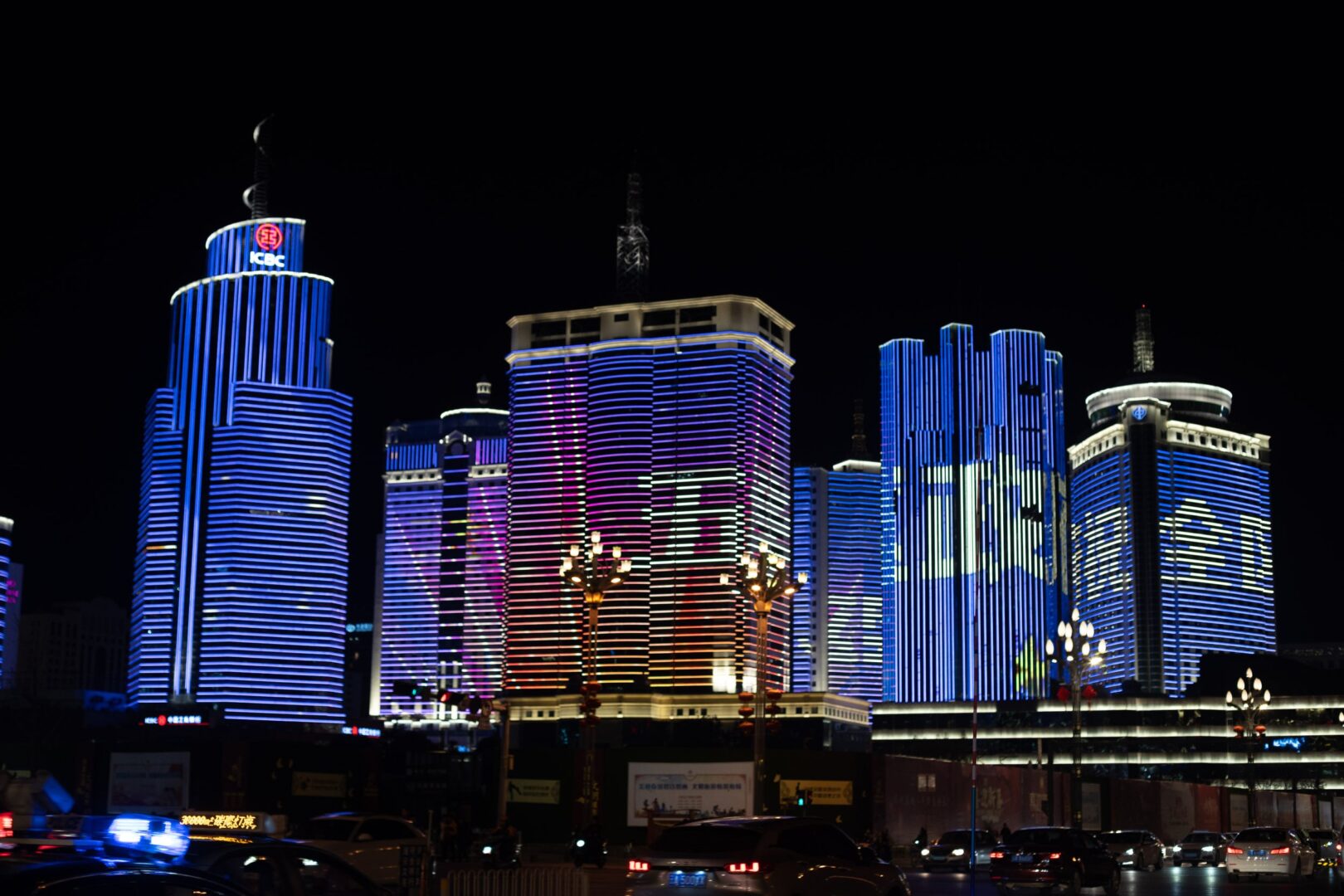 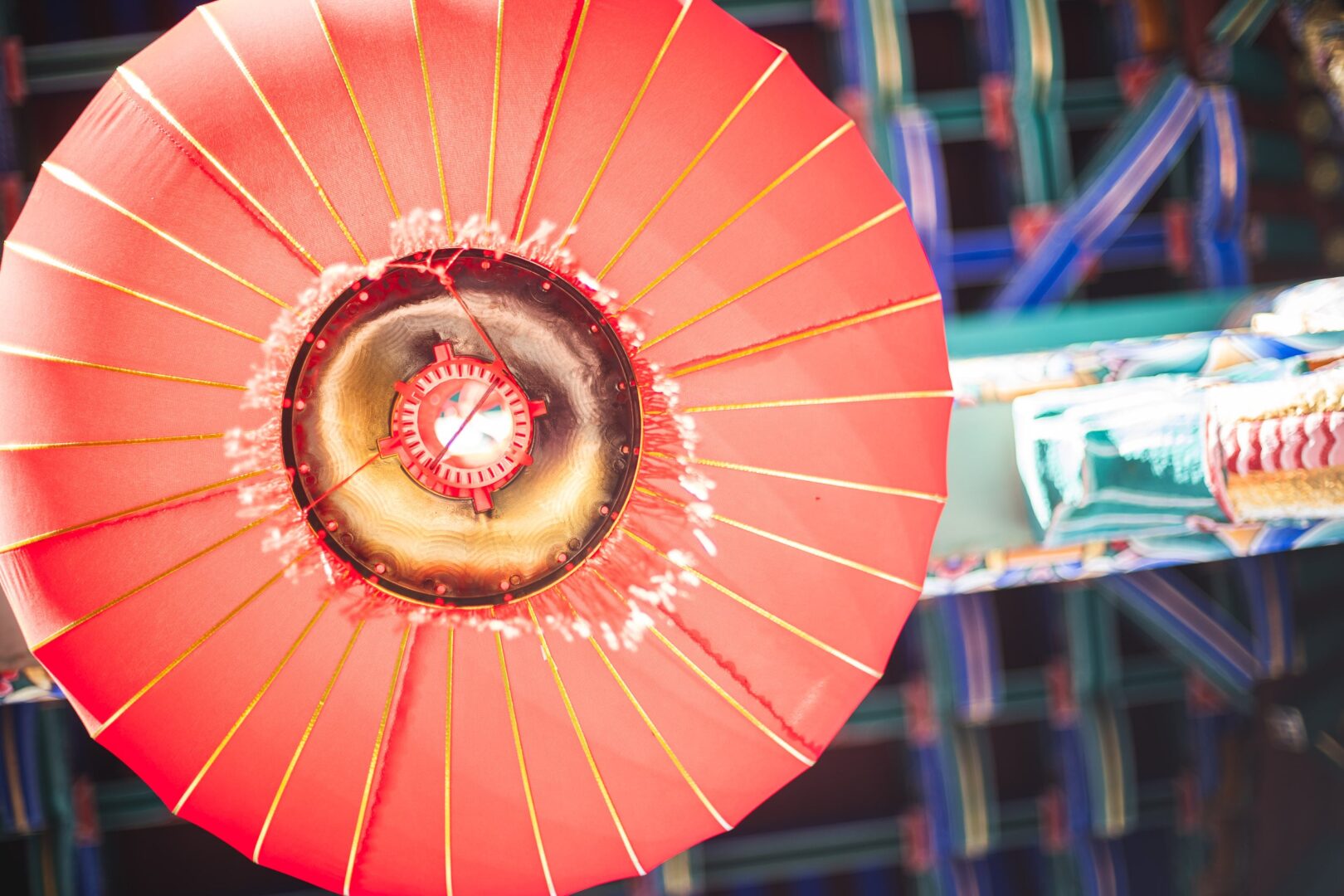 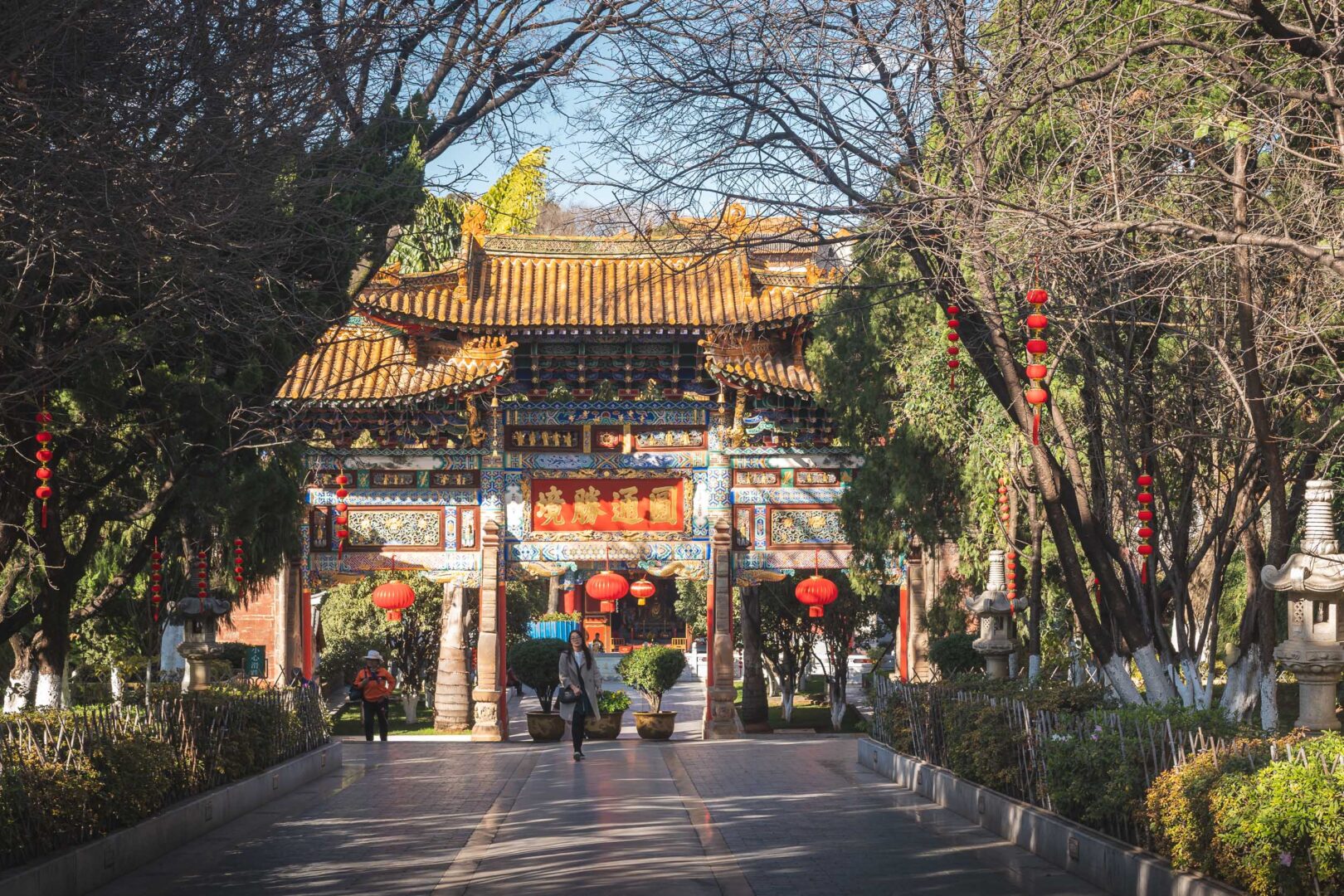 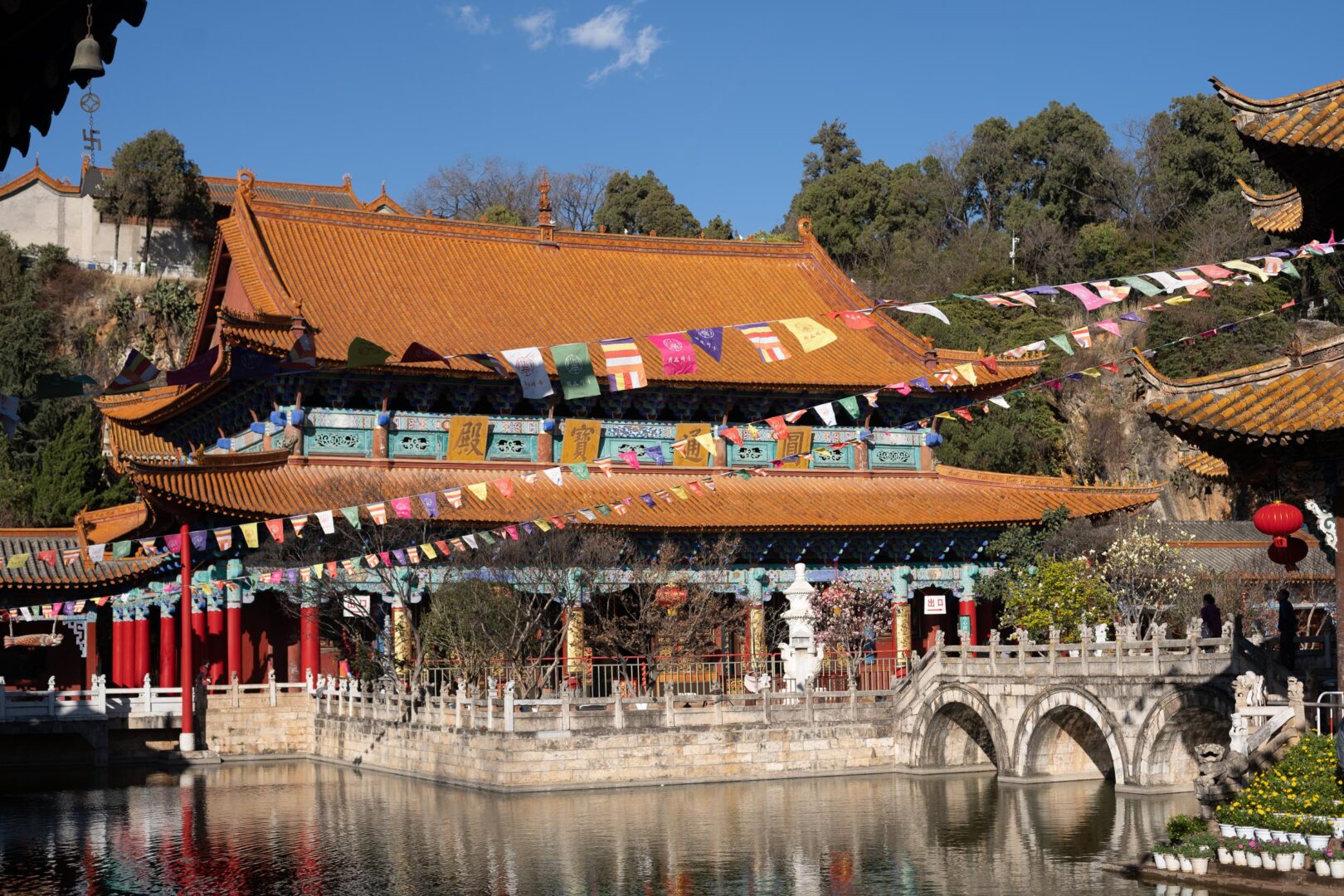 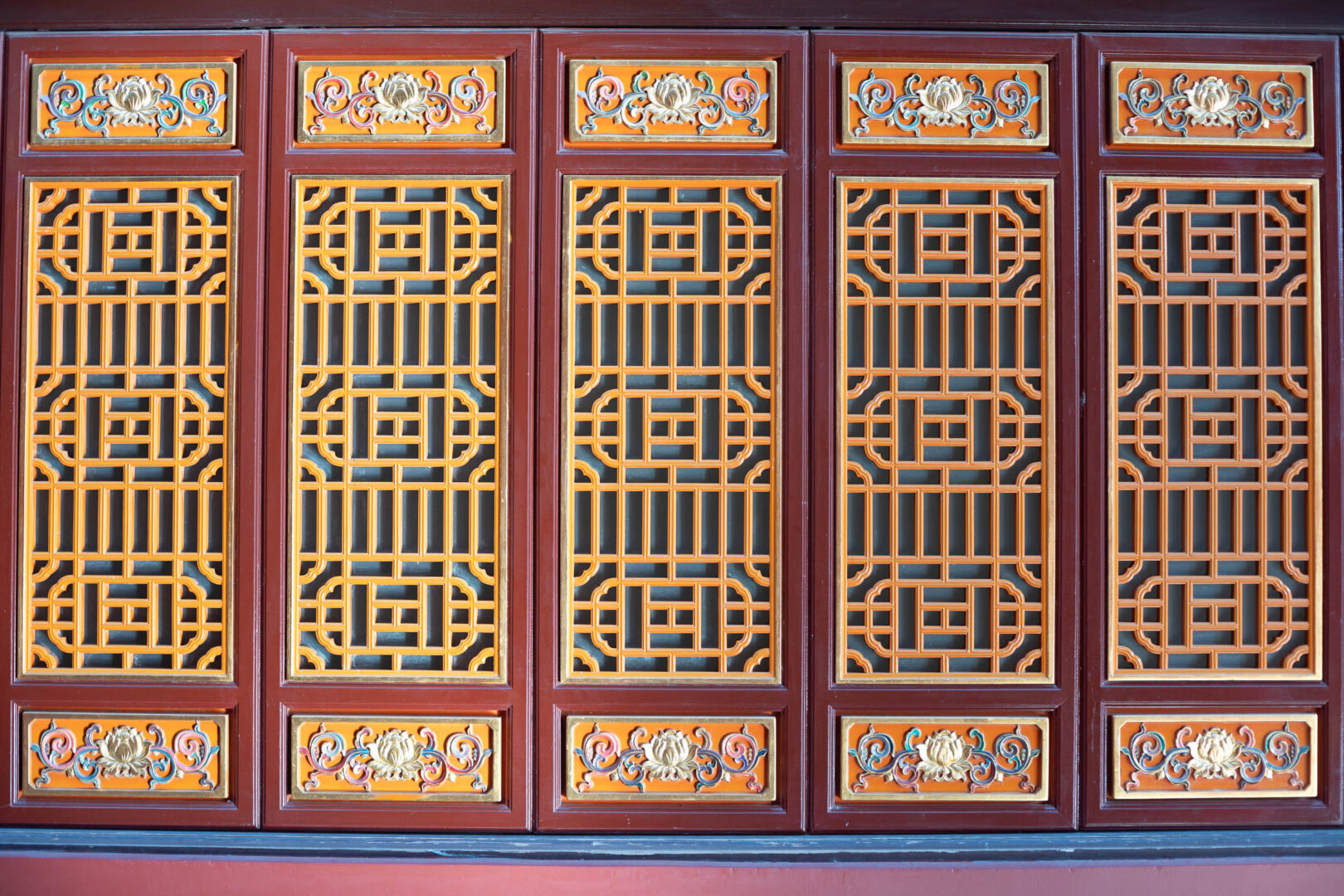 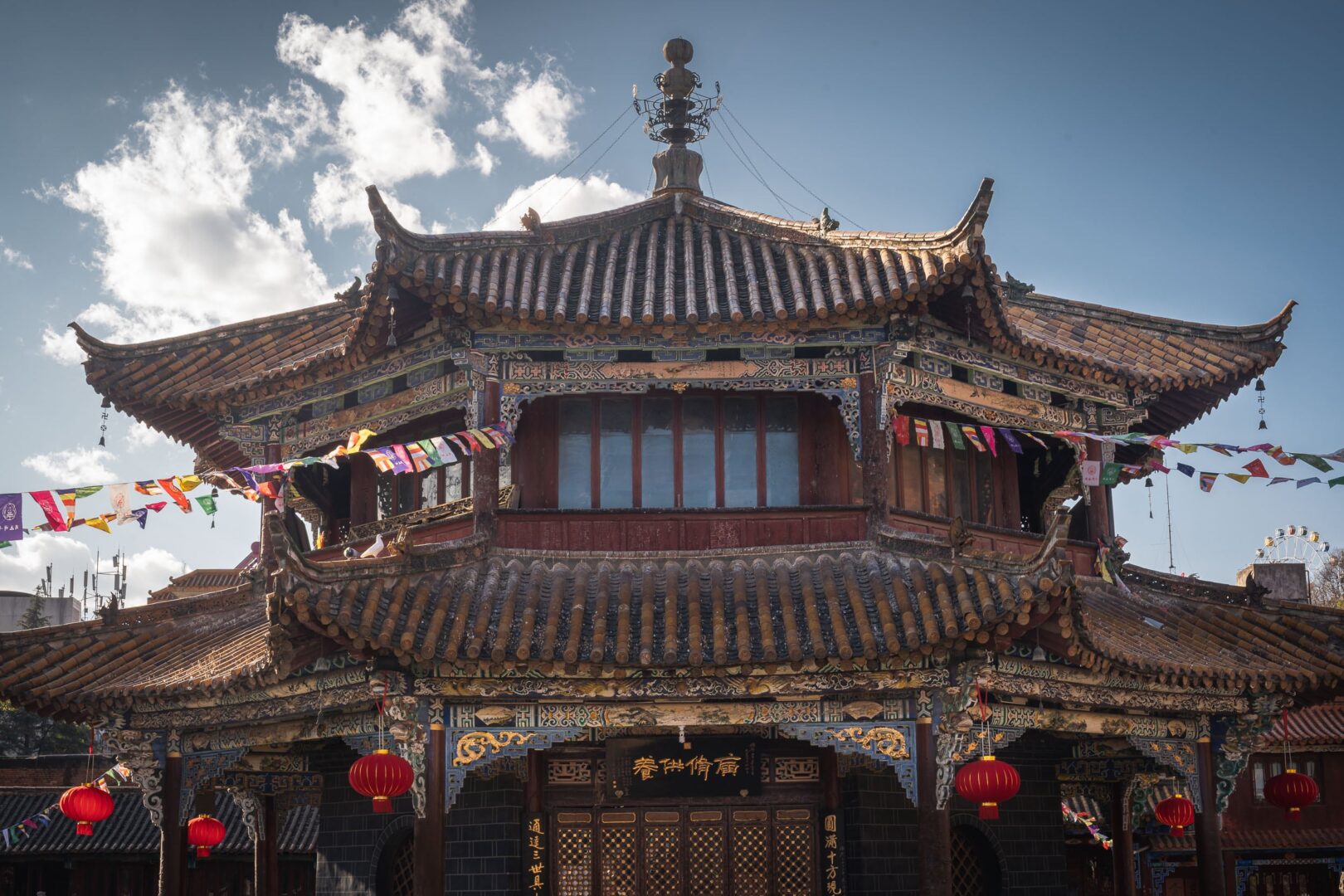 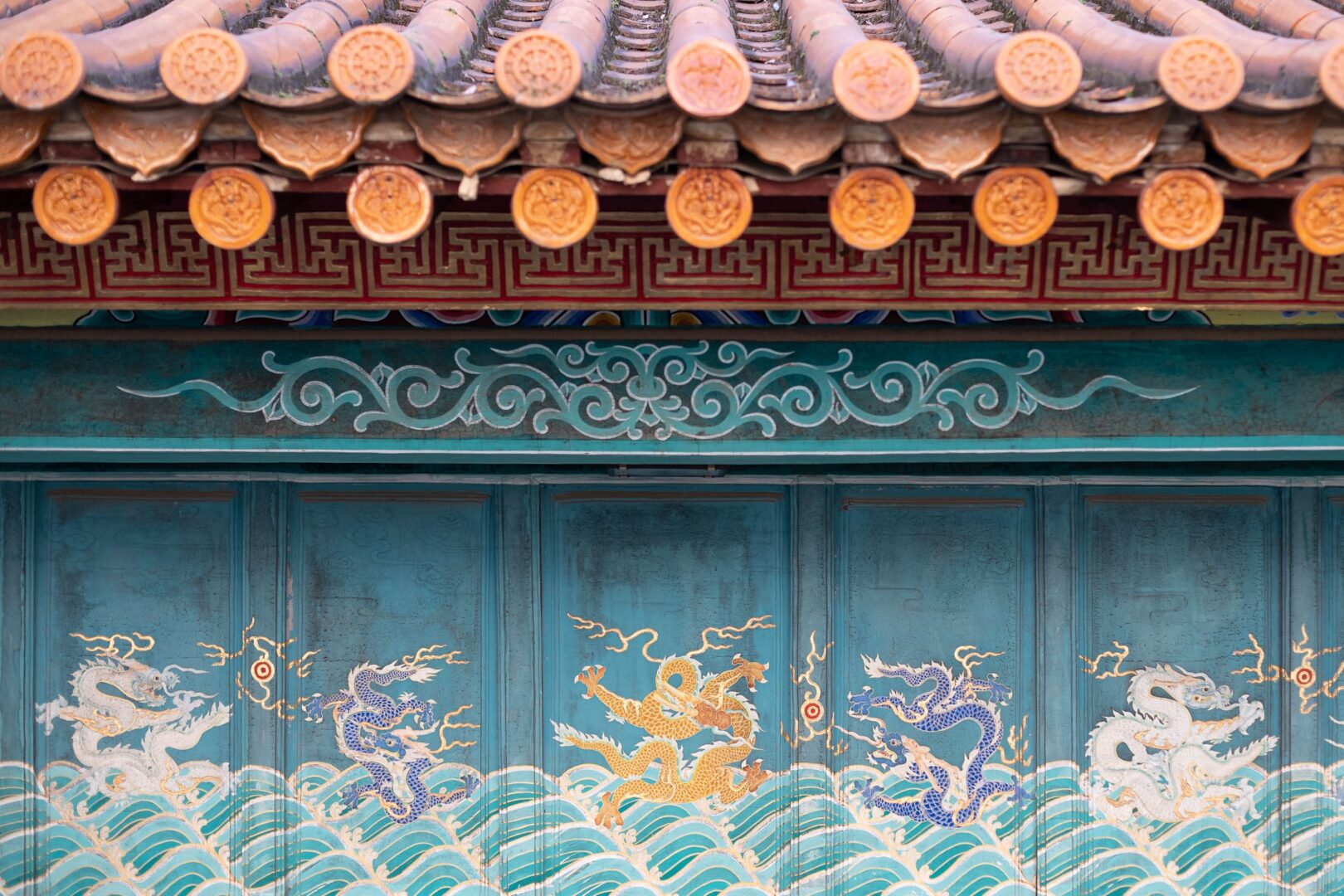 Last days on the Yunnan-Guizhou-Plateau

As quickly as we entered Kunming, we were already out in nature again. Just a 60km ride south, out of the capital of Yunnan, we had a beautiful camp spot at Fuxian lake. Cycling along the lake felt a bit like cycling back home with all these hills surrounding the lake. If there wasn’t a different kind of vegetation, I could have been in Switzerland instead of south west China.

After sunset and into the late night we could see several fishermen with strong headlamps on small rafts. They have been paddling along the lakeshore and checking their fishing nets.

Two days later, finally, the time has come to leave the Yunnan-Guizhou Plateau. We were about to leave the highlands for the warmer and tropical last days on Chinese territory.

After a last and rainy 700m climb, we warmed us up with a hot and spicy bowl of Chinese noodles. Excitedly we looked forward to the upcoming 1700m descent down to 250m ASL, the lowest point I’ve been since the desert in Kazakhstan and Uzbekistan.⁠
⁠
Meter for meter, lush green and large-leaved trees took place of conifers and the drier flora. At around 1200m the first banana trees appeared along the road. Right before we arrived in Yuanyang, our destination on that day, we were cycling past huge fields of them. We arrived at the start of the final stage through south west China and the gate to South-East Asia.⁠ 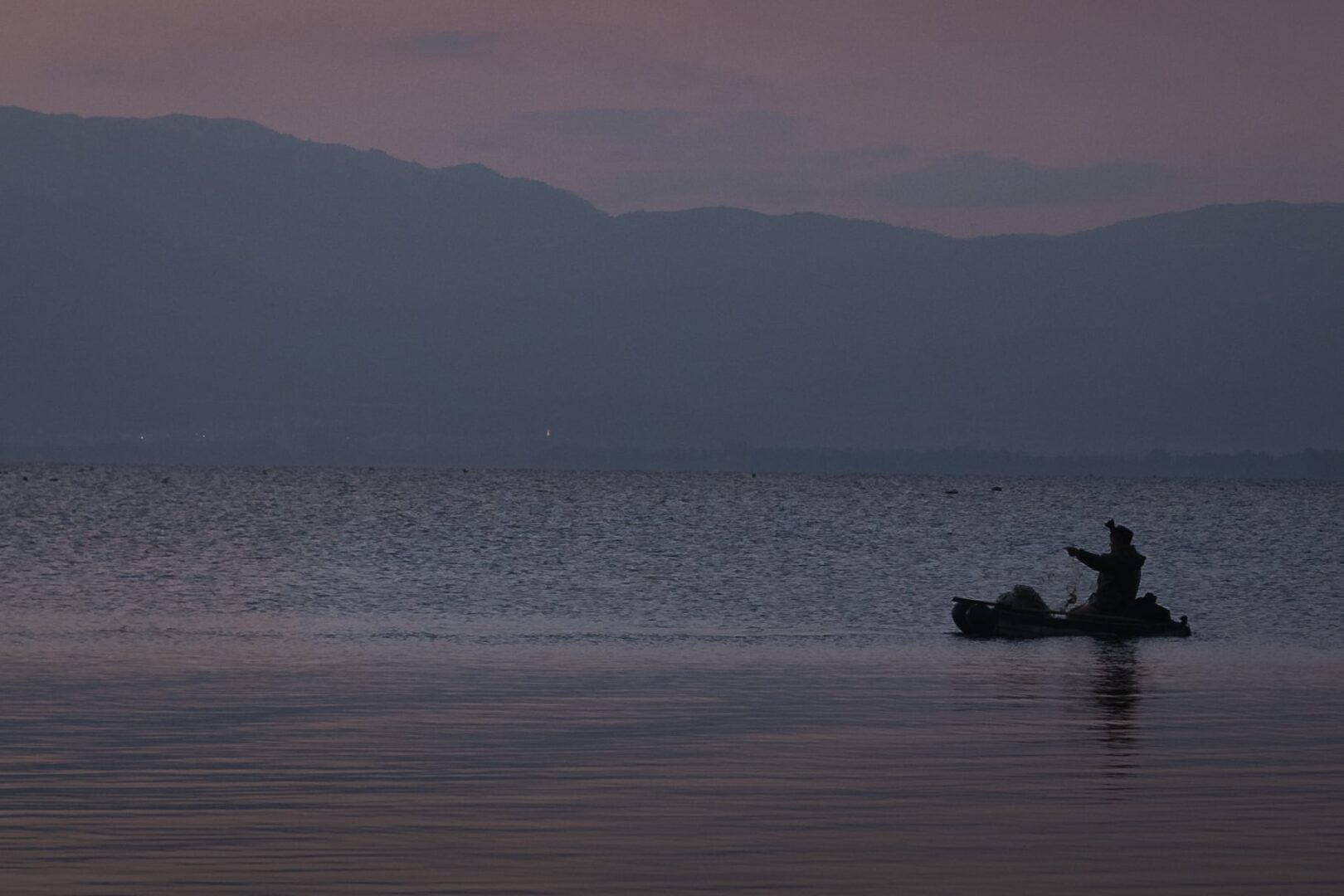 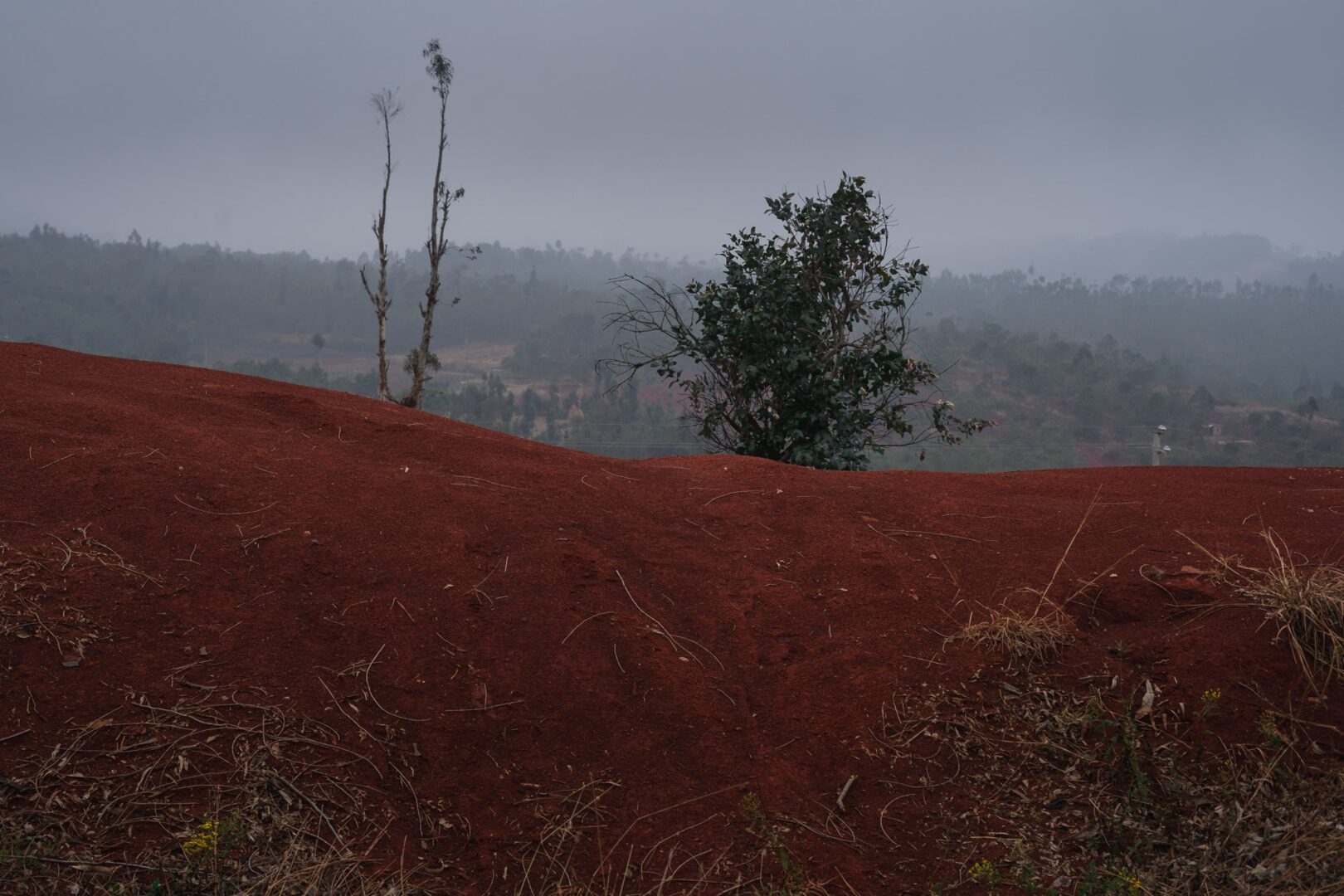 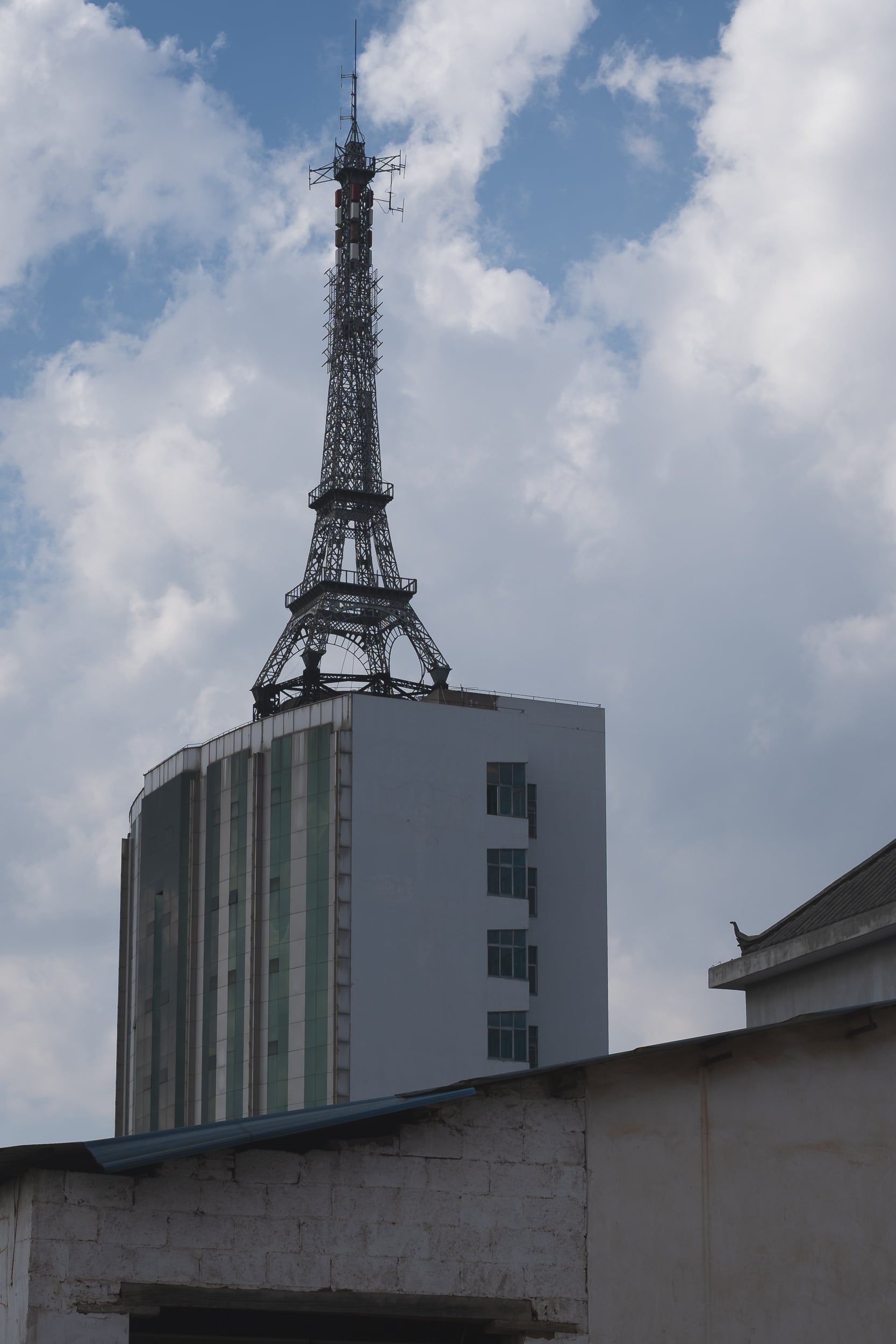 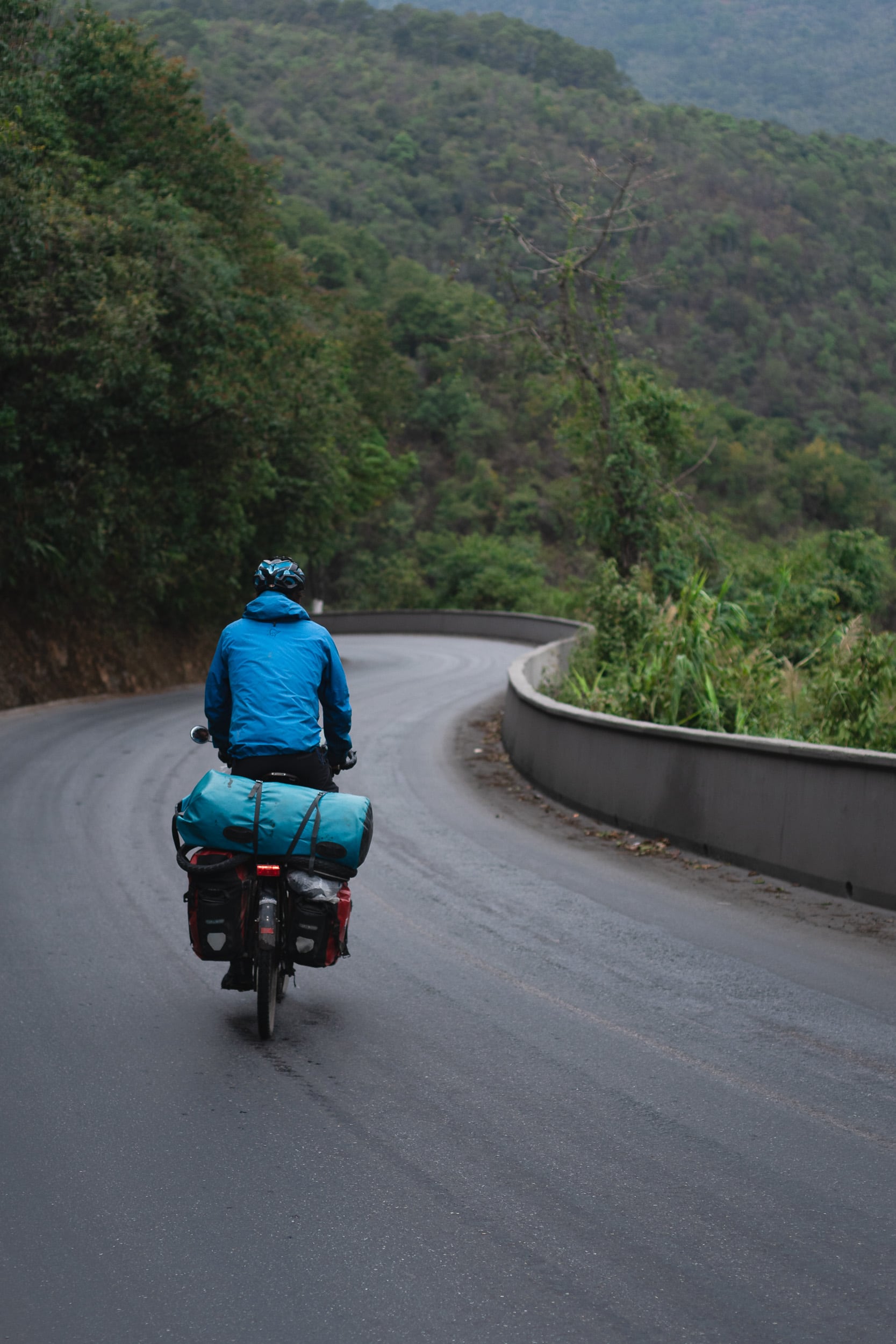 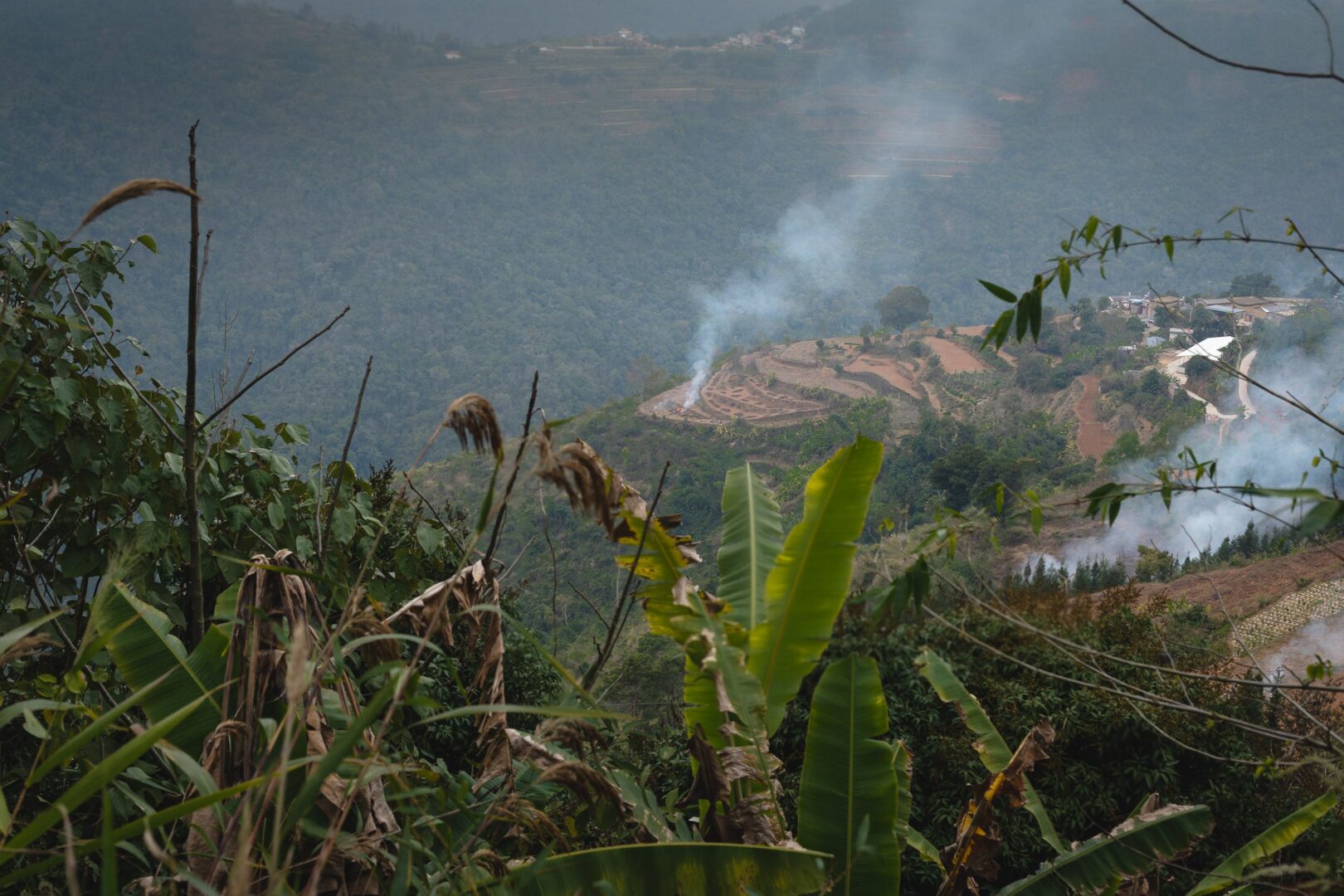 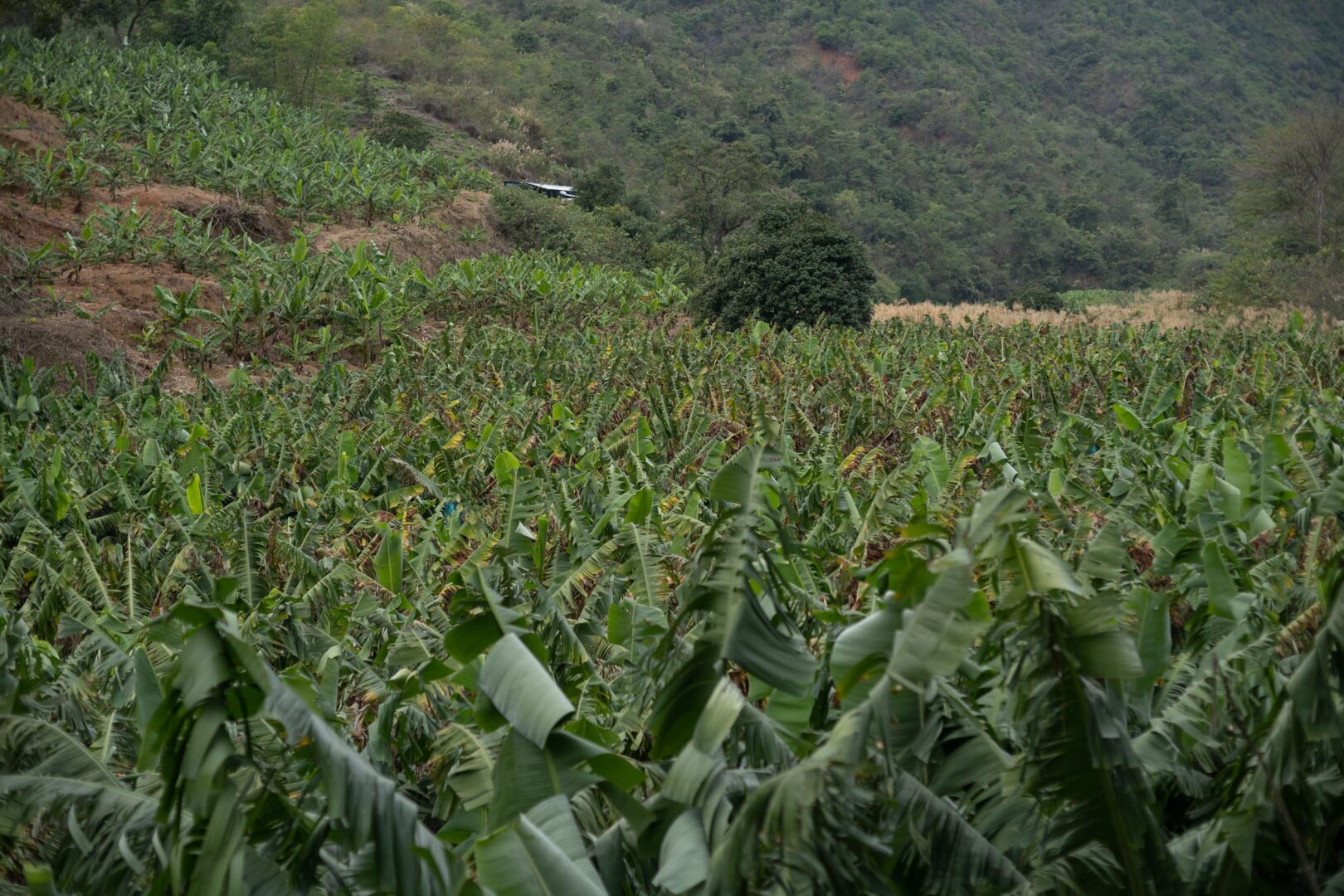 After 87 days the time has come to say goodbye to China. ⁠We arrived Hekou and the border to Vietnam on the 31. January 2020. Just one day before Vietnam, as the last country that borders China, closed its borders due to the corona virus.

This massive and super versatile country had everything to offer in terms of adventure and challenged me with the toughest⁠ conditions so far on this trip, physically and mentally.⁠

China was the country of extremes.  Total surveillance and repression of the Uighurs in the police state of Xinjiang. 1800km of cycling on one single road through a desert and crazy winds and harsh weather conditions on the Tibetan plateau.

In China I cycled 5442km and 35’843hm in 57 days⁠ (click here for Statistics), more than I did in the whole of Europe. I rode through some of the most beautiful and rural landscapes on this planet.

Met a lot of super friendly Chinese people who became friends and experienced ⁠so many different cultures than in any other country before. I highly recommend everyone, apart from the way of travel, a visit to this incredible country!

How is it to cycle in south west China

South west China offers some exotic and beautiful green landscapes to cycle through. But be prepared for a lot of climbing as this region is quite mountainous.

What is the Yunnan-Guizhou Plateau

The Yunnan-Guizhou Plateau is a highland region in south west China. The Plateau is very uneven and is famous for its rolling uplands. Most of the plateau is at about 2000m above sea level. Thanks, Ben! happy you enjoyed the read. Have a good time!